Lying in the Antarctic Circle that rings the southern part of the globe, we introduce you to the coldest, windiest and driest continent: Antarctica. It is Earth's southernmost continent, covering approximately 20 percent of the Southern Hemisphere (making it the fifth-largest continent in terms of total area).

The continent is divided into two regions, known as East Antarctica and West Antarctica, which are separated by the Transantarctic Mountains. East Antarctica makes up two-thirds of the continent, and is about the same size as Australia, while West Antarctica is made up of a series of frozen islands stretching toward the southern tip of South America. The frozen continent is home to numerous animals (e.g. penguins, whales, numerous fish) and even some plant life, like mosses, lichen and algae.

Although Antarctica has one of the harshest climates, it also is home to the most vulnerable habitats. Today, scientific research stations call this harsh place home. Managed by numerous countries, like the United States, Argentina, China, Russia, and Japan, researchers travel here to unlock her secrets.

What is happening in the antarctic peninsula?

Climate Change
​
​Climate change is threatening the way of life in some places of the Antarctic continent, such as the Antarctic Peninsula (APR), which has seen temperatures rise over 3°C in the second half of the 20th century.

Although this does not seem like such a dramatic rise, it is 5 times the mean rate of global warming as reported by the Intergovernmental Panel on Climate Change (IPCC). Over the past 50 years, the APR (which encompasses the Antarctic Peninsula, South Shetland Islands and South Orkney Islands) has not only seen a rise in temperature on land but also in the Southern Ocean. According to the British Antarctic Survey, the "upper ocean temperatures to the west of the Antarctic Peninsula have increased over 1°C since 1955." Scientists have also found that the Antarctic Circumpolar Current (ACC) is warming more rapidly than the global ocean as a whole. As the strongest ocean current on our planet, the ACC extends from the surface to the bottom of our ocean, encircling Antarctica and keeping it cool and frozen. Don't think impacts you? The ACC provides the main connection between the Indian, Pacific and Atlantic Oceans!

Fishing is currently the only large-scale resource exploitation that is going on in Antarctica. Currently, there are four species that are targeted by fisheries in the Southern Ocean, though in the past there have been more. The four species are the Patagonian toothfish (Dissostichus eleginoides), the Antarctic toothfish (Dissostichus mawsoni), the Mackerel icefish (Champsocephalus gunnari) and Antarctic krill (Euphausia superba). Today, krill is the largest fishery in the Antarctic and many experts believe the krill stock is declining due to unmanaged regulations.

What needs to be done?

Governing frameworks for this frozen continent need to collaborate and work towards:
​​

Protecting the WESTERN Antarctic Peninsula through a Marine Protected Area

The Antarctic Peninsula is struggling under cumulative threats of industrial fishing, human disturbance and climate change - a tipping points is fast approaching. However, we can protect the Peninsula for the future and aid sustainability through a Marine Protected Area. The time to act is now.

DID YOU KNOW... the governing organisation for Antarctica, the ​​Commission for the Conservation of Antarctic Marine Living Resources (CCAMLR), allows for a single country to completely veto management measures that all other countries approve? 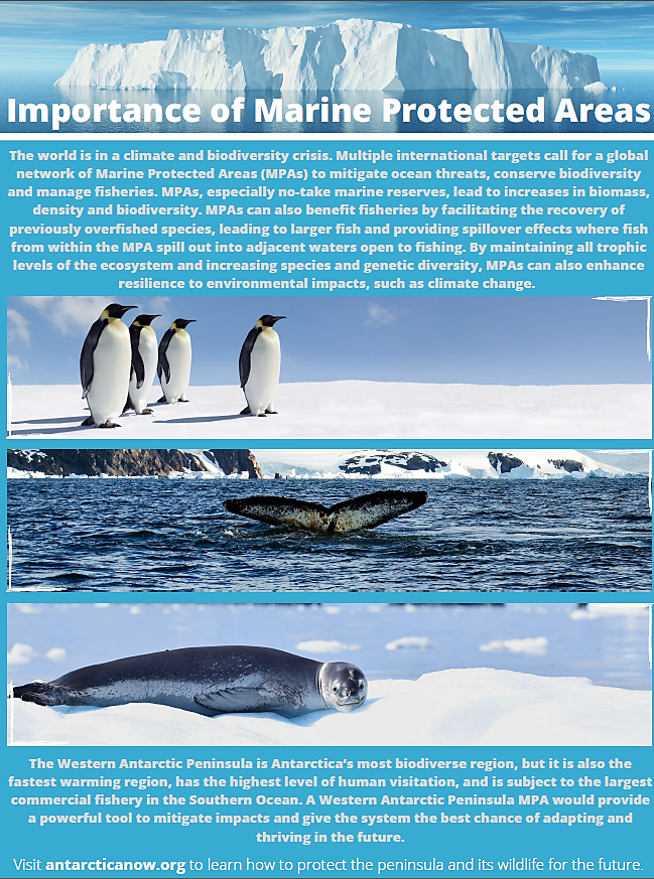 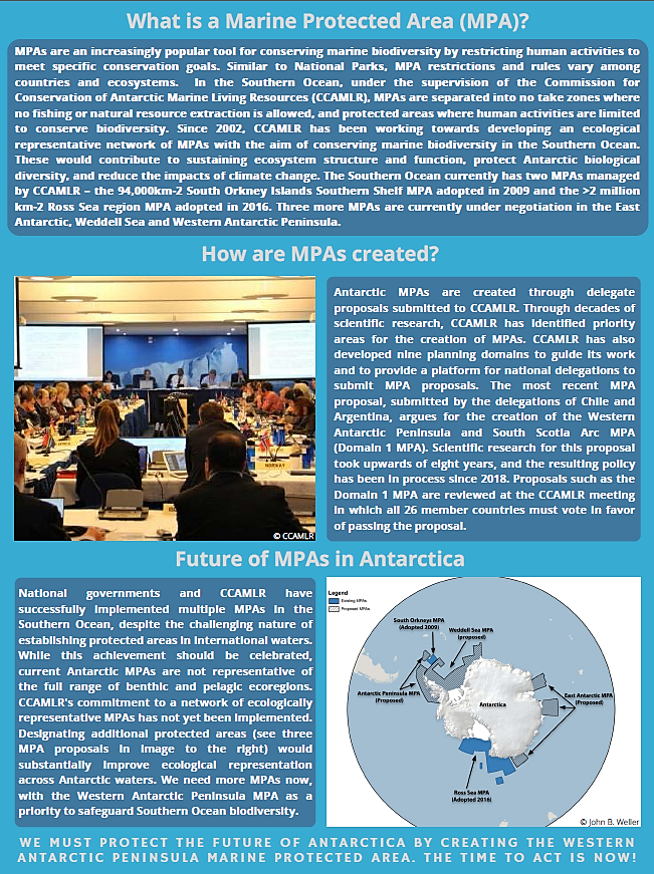